Here are the follow-up notes from my visit to the PolyConf event in Poznan, Poland.

Due to the high speed of talks, I was not able to keep up with commentary, so these are my fragments.

The nature of complexity – both as Deleuze & Guattari rhizomes, and as scientific logging in Prussia and Le Corbusier’s replaceable oppressive city visions.

#polyconf Shoutout to http://t.co/lngBYrtPx5 (where you can get RPG's papers!) 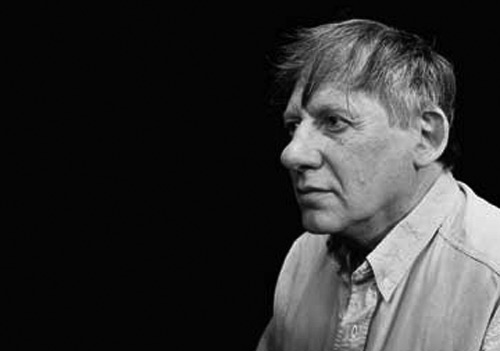 He got interested in distributed computing. Which led him to Erlang.

By way of Elixir, he began using the Phoenix web framework, which can be thought of as Ruby on Rails for Elixir.

The stack uses Cowboy (in place of Ruby’s Rack).

Side-note: I was the hero of the moment, noting a quite subtle typo. I piped up, and muttered “Uneducate yuor quotes. You have smart quotes.” The speaker thanked me.

Use React and ClojureScript to build the Snake game

ClojureScript presentation by @asolovyov made me change my made on live coding talks. That was pretty cool! Enthusiasm 12/10. #polyconf

In order for you to feel you missed something, here is a sampler of his style on stage:

Also, he asked for two more minutes, he didn’t just run over time.

He uses up that time.

“I can do eating fruits, in like two minutes.”

“There is a fruit but we do not see it. Which is not exactly Pokemon.”

Finnish Berliner Henri Bergius talked yesterday about the FlowHub system. In fiery conversation, he explained which WebRTC things that are needed to make a FlowHub Component live editable. These are all supported in web browsers. The browser experience of WebRTC has full two-way video and audio.

But the FlowHub protocol for live editability only uses “two-way data only sessions”.

To use WebRTC for non-Web browser platforms, the programmer is in a worse place. Much of the systems used are not ported to, say Python or Java.

Extract from the draft that describes use-cases for SDP (Session Description protocol, RFC4566). I believe is the use-case relevant for FlowHub: two parties that want to exchange regular old data.

During eating a sandwich, I had an animated conversation with an Erlang user and Coq proofs enthusiast.

Proofs are constructed using induction. Either, from the bottom up (from axioms up to the theorem) or top-down (picking apart the theorem into sub-pieces, that we can build axioms for).

He explained his interest in formal methods: “I made broken software for twenty years – I don’t want to do it anymore.” 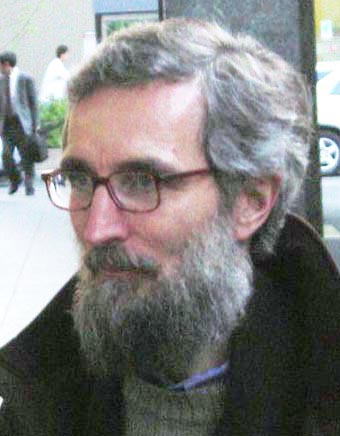 This photo of Per Martin-Löf was shot by wikipedia user Txa, a hero to the people. He seems like an interesting person, as well.

Lessons from Erlang (an introductory talk)

Erlang was started in 1987, making it just 5 years older than Ruby.

“Frankly, development is just a fraction of the lifetime of a system.”

Sadly, I got no “lessons learned” section in this presentation. Practical knowledge-sharing and story-telling is important to me, an OTP fan.

On Ruby (an introductory talk)

There are lots of Rubies: Opal, RubyMotion, mruby. Each of them can be seen as a consumer, like in the ports-and-adapters architecture. The talk suggested a way of portioning one’s software architecture so that relevant part could be re-used on different “hexagon edges”.

PyLadies is a global mentorship group for women in Python. 50+ locations around the world.

But, this joker is not anti-intellectual. He’s quite the thinker.

He has developed Kleisli, a Ruby monads library together with a friend.

txus blog was a pleasant surprise. I hope to follow it for a long time.

He resembled a Danish friend very much.

The installer team at SuSE had a problem: an in-house custom language called YCP.

YaST stands for Yet Another Setup Tool.

Needed to rewrite it. Solution: transpiler to re-do it all into Ruby.

Six people, on and off, for six months. Project name: ycp-killer. The resulting Ruby code-base was 700KLOCs.

Links that got away

Wikipedia on Mutation Testing and mutant, which txus was involved with.

RailsLTS – Rails LTS is a commercially supported fork of Rails 2.3 and Rails 3.0 that continues to receive security patches now that official support has ended.